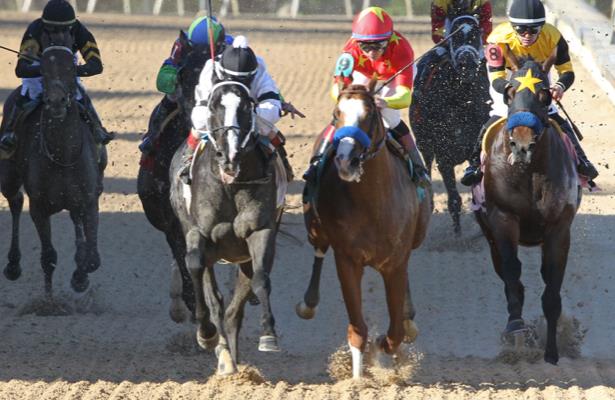 The Arkansas Derby (G1) marks the last major Kentucky Derby prep, and in the past several years, colts who factored in this race often went on to do big things on the first Saturday in May. Unless we see an upset Saturday at Oaklawn Park, the same should hold true this year with a field of 11, including the winners of both Rebel Stakes (G2) divisions, returning.

Before getting to the handicapping, not that front-running speed rarely holds up in the Arkansas Derby. In the last 20 years, 10 horses won either on the lead or while pressing the pacesetter. In the last five years, only American Pharoah and Magnum Moon won on the lead.

Rain is in the forecast, with Smarty Jones' 2004 victory the last time the Arkansas Derby ran over a muddy track. He broke from post 11, pressed the pace and took over at the 3/4 pole. Balto Star also caught a muddy track in 2001 and led them gate to wire. Something to think about.

So will the Arkansas Derby provide a new contender for the Kentucky Derby, or will a colt that’s already in make a big statement heading into May? Laurie Ross of Pedigree Power and I take a look at the field:

Laurie: If form holds, there’s a lot of early speed in the Arkansas Derby. The few times the Arkansas Derby was held over an off track, speed held. Gray Attempt, Omaha Beach and Galilean could be prominent early. Improbable will likely settle directly behind the pace setters unless Jose Ortiz can get him outside. I see it as a tossup between Improbable, Omaha Beach and Long Range Toddy. If all three run their race, it comes down to who gets the best trip.

Ashley: Steve Asmussen is taking four shots in here, and I like Long Range Toddy best of them. I think he can get a good trip and stay out of trouble from the outside. Omaha Beach and Improbable are obvious contenders, but this is Toddy’s home track.