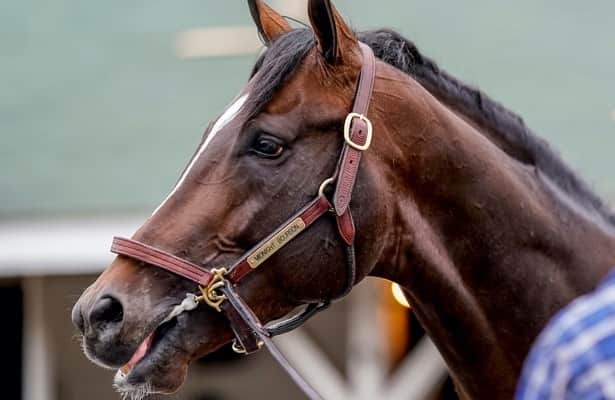 The Grade 3, $150,000 Louisiana Stakes at Fair Grounds on Saturday drew a select field of seven older horses, who will contest 1 1/16 miles in race 13. The interest lies in a renewal of the good, old-fashioned rivalry between Mandaloun and Midnight Bourbon, both coming off long layoffs.

Laurie:  Pacesetters and pressers have won six of the last ten editions of the Louisiana Stakes. In this time, surprisingly, only one favorite has won, and four have finished third. That being said, Mandaloun is the one to beat. He has the class and has finished ahead of Midnight Bourbon in all except one instance. If Midnight Bourbon can beat Mandaloun, this will be the time since Midnight Bourbon is coming off a shorter layoff.

Ashley: This race really comes down to the ragin’ Cajun rivalry between Mandaloun and Midnight Bourbon. Both colts are at the top of their division, and I do not think their respective layoffs will be enough to give the others an edge. The two have taken turns besting each other, and I think it’s Midnight Bourbon’s turn to come out ahead with the addition of blinkers and lack of other quality speed.