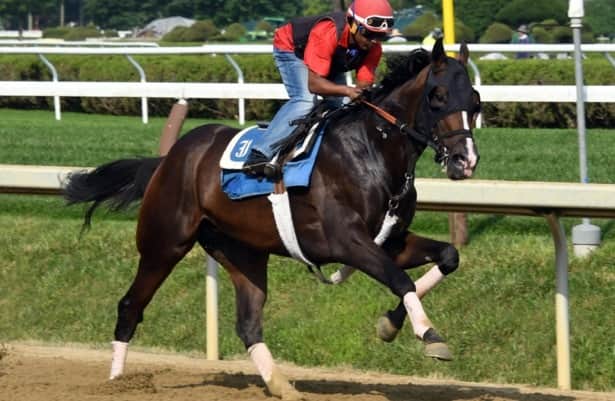 The Grade 2, $600,000 Jim Dandy Stakes at Saratoga has long been considered a stepping stone to the Travers Stakes (G1), but it is a prestigious race in its own right. The roll call of past winners includes Street Sense, Bernardini, Medaglia d’Oro, Awesome Again, and Affirmed.

Fast forward to Saturday. The 1 1/8-mile contest attracted six 3-year-olds, including the current top 3-year-old, Essential Quality. Four of the five colts lined up against him are graded stakes winners, while Dr Jack is stakes placed, making for a fairly solid line-up.

Laurie Ross of Pedigree Power and Ashley Tamulonis of Coast To Coast agree on the main threat to champion Essential Quality but see the finish playing out a bit differently.

Laurie: Saratoga isn’t called the “graveyard of favorites” for no reason. The Jim Dandy is a prime example; the last favorite to prevail was Belmont Stakes winner Palace Malice in 2013. He and Alpha (2012) are the only winning favorites in the last decade.

It is too easy to pick Essential Quality on top and throw a dart to see who completes the superfecta. I have never been one to do things the easy way. The only chink in Essential Quality’s armor is his 12-point speed figure jump from the Kentucky Derby to the Belmont Stakes. Yes, he has had plenty of time to recover, but it is possible the pretty gray colt will regress.

Weyburn, Dr Jack, and Masqueparade may mix it up on the front end in the Jim Dandy with Essential Quality not far behind. Keepmeinmind will hang out at the back of the pack with Risk Taking.  I am going to give Weyburn a shot at victory. Mandaloun is no slouch, having placed second in the Kentucky Derby and most recently, captured the Haskell Stakes (G1).

Ashley: You might do things the hard way, Laurie, but I have to go the easy route here. Essential Quality is a heck of a colt and was really darn close to winning the Kentucky Derby despite being parked wide the entire trip and running further than the three colts that finished in front of him.

I agree that Weyburn is the main threat to the heavy favorite, but he is going to need to bring that same effort we saw in the Pegasus. As for Keepmeinmind, we all know what they say the definition of insanity is, and I am incredibly guilty when it comes to the son of the late Laoban.