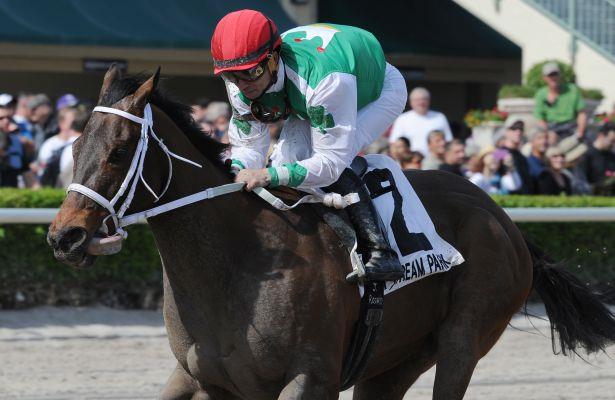 Like its male counterpart later on the card, the Davona Dale Stakes (G2) drew a short but talented field. Since 2000, only three fillies have completed the Davona Dale/Gulfstream Park Oaks double, the last being R Heat Lightning in 2011. The Davona Dale Stakes is a qualifier for the 2016 Kentucky Oaks contenders and offers the winner 50 points. While winners of this race have not had much luck in also capturing the Gulfstream Park Oaks, capturing the Kentucky Oaks after a Davona Dale win has become a bit of a pipe dream.

The field of seven fillies contesting this year’s edition of the Davona Dale will speed one mile over the Gulfstream Park oval. Some will have class and distance checks, others will be shaking the dust off and using the Grade 2 event as a springboard to longer races.  Todd Pletcher has sent three fillies out to win the Davona Dale and Jockey John Velazquez has entered the winner’s circle five times.  Laurie Ross of Pedigree Power and I sort out the field.

Laurie:  This is a tough, competitive race.  R Girls A Charmer will go to the front and last for as long as she can. Thrilled should be very sharp and if she gets a good break, she could be up on the inside of R Girls A Charmer.  Dearest could be close up too and they should be traveling at a good clip and set it up for Lewis Bay.  Or Cathryn Sophia could be a freak and gallop home by daylight again.