7 Takeaways from the 2017 Breeders' Cup at Del Mar 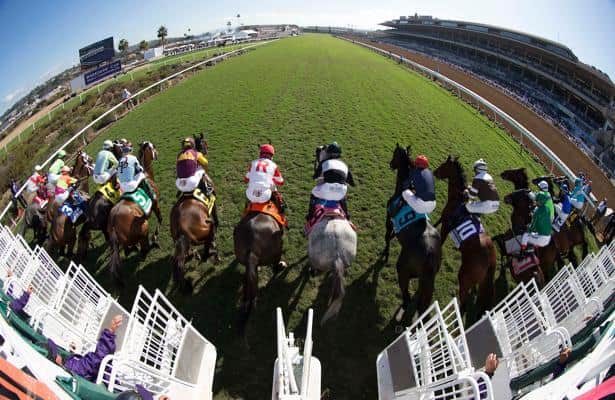 The 2017 Breeders’ Cup is in the books, and they were a doozy this year! Those who managed to stay alive through any sort of Pick X sequence were intuitive handicappers indeed as favorite after favorite fell. Someone made the comment that Del Mar was attempting to steal Saratoga’s title of “Graveyard of Champions,” a sentiment with which I’m sure most would agree.

So, what else can we take away from this year’s championships?

1. Favorites were nearly an automatic toss.

Out of the 13 Breeders’ Cup races, only two were won by favorites. On Friday, Mendelssohn won the Breeders’ Cup Juvenile Turf, and on Saturday, World Approval won the Breeders’ Cup Mile. Aside from those two, the best finishes made by favorites were a pair of 3rd-place runs by Highland Reel (IRE) in the Turf and Bolt d’Oro in the Juvenile. The average winning payout was $30.72; the lowest priced winner still paid $6.80 (Gun Runner in the Classic), and the highest priced winner paid a whopping $135.40 (Bar of Gold in the Filly & Mare Sprint).

2. So much for speed being king where the Turf meets the Surf.

Leading into the two championship race days, all the talk concerned the dirt surface and how it was deep and tiring, but speed-favoring. All that went out the window over the weekend. Speed still won out from time to time, but winners were coming from everywhere from on the lead to dead last.

3. The European contingent was less than dominant.

In years past, our American turf runners had nothing on the Europeans that would ship over for the Breeders’ Cup. Recently, that trend has begun to turn on its head, and American turf runners can now not only keep pace with their Euro counterparts, they can even beat them. Such was the case this year. Out of six turf features, it was an even split. The Europeans won 3 events, and the Americans annexed three. And of course, no European runner won on the dirt.

4. Mike Smith could only win when the odds were against him.

Jockey Mike Smith had the call for several very nice runners, including some heavy favorites. Out of nine Breeders’ Cup mounts, the winningest jockey in Breeders’ Cup history booted home just one winner, longshot Caledonia Road in the Juvenile Fillies. But when it came to heavy favorites Unique Bella, Drefong, Mor Spirit, and Arrogate, the best Smith did was 5th with Arrogate in the Classic. Aside from that, Smith’s best finish was a 2nd in the Distaff with respected 3-year old filly Abel Tasman.

5. Gun Runner silenced the critics with his front-running Classic performance.

He can’t win at 1 1/4 miles. He can’t beat Arrogate. He hasn’t beaten any good horses this year. SILENCE! He can, he did, and he did. Gun Runner never embarrassed himself traveling 10 panels, and after losing to some good horses at the distance, he finally got that elusive win himself. After previously losing to Arrogate in all their meetings, he beat last year’s freak of nature. And it doesn’t get much better than winning the Breeders’ Cup Classic, which traditionally attracts the best dirt horses. He will travel to Three Chimneys for his usual post-race downtime and to be available for inspection before returning to Asmussen’s care at the Fair Grounds to resume training.

6. Stellar Wind just does not want that extra sixteenth.

Third time’s the charm, right? Not if you’re Stellar Wind. After such a stellar year, it was expected she would cap her career off with a Distaff victory. Not so fast. Heading into the Distaff, Stellar Wind was 3: 0-1-0 at the Distaff distance of 1 1/8-mile, with 1 1/16-mile being the longest distance at which she had won. So a third shot at the Distaff and a fourth shot at the distance resulted in everything the same. Unfortunately it was also the worst loss of her career as she finished last, beaten by 12 ½-lengths.

Say what you will, but Arrogate hated the Del Mar dirt surface, plain and simple. He worked like a beast at Santa Anita, showing nothing was wrong with him. He ran like a freak a nature everywhere but at that one track. I really wish that Arrogate was not being retired. I would love to see him race again anywhere but at Del Mar just so that he can prove he did not lose a step.