Stoute's poor run must come to an end 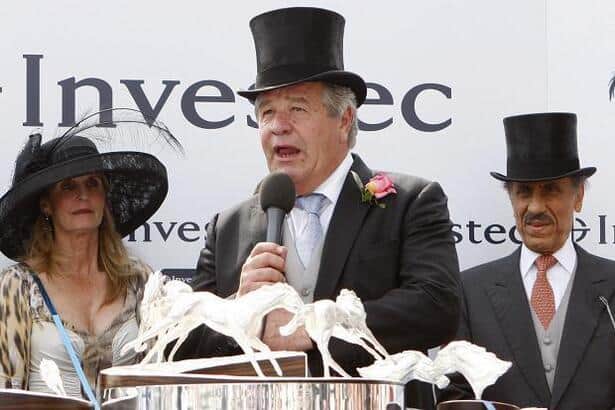 A champion trainer whom has built an unparalleled legacy over multiple decades of success. Sir Michael Stoute has enjoyed many Classic victories embedded amongst a plethora of Group race victories, yet recent times haven't been the kindest to the master of Freemason Lodge Stables amongst racing's elite division.

Without a victory in a Group 1 since Workforce's dominant performance in the Prix de L'Arc de Triomphe of 2010 complimented by a distinct lack of Group race success within the same period, Sir Michael Stoute enters the year in a bid to remove a two year void from his resume. Singspiel, Shergar and Workforce are just a few of the names that form the legacy that Sir Michael Stoute has created from his Newmarket base and hopes are high that the glory days of the past can at last return this season.

However, despite the hopes and dreams that Sir Michael Stoute would enter the Epsom Derby with an colt able to provide an excellent chance of repeating yet another Derby success story, it is the Epsom Oaks on which the Stoute spotlight falls this season. A twice-raced filly out of Azamour, Liber Nauticus carries the weight of the Stoute yard amongst the Classic division after a somewhat laboured victory in the Group 3 Musidora Stakes during York's Dante Festival.

The hype throughout the winter amongst the masses was clear, Liber Nauticus would form part of a dual raid by Sir Michael Stoute upon the duo of Epsom Classics, a talented filly who readily surged to the head of affairs in her maiden victory, yet the performance in the Group 3 Musidora Stakes left little to be desired. With just one bullet to fire at Epsom, could it be that Stoute will yet again draw a blank this season? A trainer with exceptional success to his name, Stoute has failed to produce a filly of substantial quality to challenge for Oaks glory in over twenty five years.

It is a fair assumption that Liber Nauticus may of course come on for the increase in distance. The Musidora is a key trial for the Epsom Oaks yet it is run over the sharper distance of ten furlongs whereas the Oaks itself is over the extended distance of twelve, with the utmost requirement for a horse with exceptional balance as the tricky contours of the course begin to play as key a challenge to overcome as the rivals whom any thoroughbred will oppose, but her laboured performance seemingly unable to pick up with any great zest in pulling away leaves little to be desired.

It is with regret that Sir Michael Stoute will not have an opportunity to fire his best colt at the Epsom Derby. Telescope, part owned by the retiring Manchester United manager Sir Alex Ferguson, has wowed many an experienced onlooker on the Newmarket gallops in the past twelve months but provided the masses with a clear sub-par performance in a racecourse gallop at Lingfield Park last week.

Sir Michael Stoute's strike rate this season is desirable; Sitting on a comfortable win ration of 25%, there are many trainers whom would look on Stoute with envious eyes, but this strike rate is but a pattern of success in the lower levels of competition. Group race winners and runners have began to dry up at a time that this stable jockey of six years begins to look elsewhere for international success.

In Ryan Moore, Sir Michael Stoute harbours one of the best jockeys in the world with a distinct expertise for the turf. A talented individual, albeit not particularly vocal in the public eye, Moore has stressed his desire to stretch his own capabilities. He dreams of partaking in the greatest races across the world, a desire proven by his opting of accepting the ride on Lines of Battle in Dubai and America, and wants to compete in as many of the glamorous international races as is humanly possible.

A concern will soon come for Stoute as to how long he may be able to comfortably retain the service of Moore as his stable jockey. The plethora of ammunition that Stoute once had is now beginning to dry up whilst the concerns as to how long Joseph O' Brien will be able to keep his weight down to a level suitable for top level competing on the flat circuit, continues to draw Moore's attention to the increasing possibility of accepting the biggest job of them all - the first jockey retainer for Ballydoyle.

As Johnny Murtagh exited the Ballydoyle set up Moore's name was propelled from all corners as a possible replacement for Irish jockey. Whilst Joseph O' Brien has now made himself at home within that role, many believe it is only a matter of time before the lure of Ballydoyle proves too great an opportunity for Moore to turn down any longer.
As Harbinger pulled away for an exceptional success in the 2010 King George VI & Queen Elizabeth Stakes everything seemingly pointed to a period of celebration for Stoute, a year after a trifecta was acclaimed for the stable in the very same race.
Many will cite comparisons between Sir Michael Stoute and Sir Henry Cecil. Cecil himself experience a large period of under performance at the turn of the millennium, but it is also worth noting that this coincided with the loss of key owners for the trainer of Warren Place as well as periods of ill health. For Stoute, his period which lacks in Group-race victories is at a time at with the likes of Juddmonte Farms, Highclere Thoroughbreds and Ballymacoll Stud continue to be key owners, sending him the creme de la creme of their crops.
Things have rapidly changed for Stoute, a twist that currently sees his stable deprived of any substantial talent. For the master of Freemason Lodge, victory in the Epsom Oaks may not just be a preferred result, it may be a necessity.
Workforce Harbinger Shergar Liber Nauticus Telescope Singspiel Joseph P. O'Brien Sir Henry Cecil Ryan Moore Sir Michael Stoute Aidan P. O'Brien Epsom Oaks Musidora Stakes Epsom Oaks (2013) Musidora Stakes (2013)