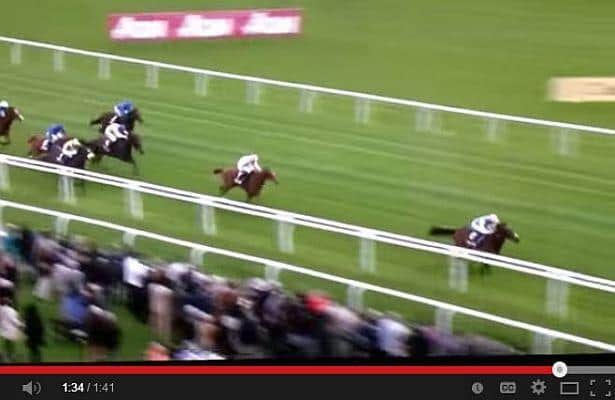 For us die hard flat racing lovers, the return of our beloved racing code has been a long time coming over the cold winter months, but if anything can be established from the last seven days of racing it is most certainly that the flat is back.

Classic trials at Newbury and Newmarket this week renounced the returns, most notably, of the unbeaten duo Kingman and Toormore and they did not disappoint in surging to success in their respective outings.

It seems that Toormore’s form as a two year old, and now at three, will be crabbed until he wins a plethora of Classics in some quarters, but despite the obvious lack of competition that Toormore has defeated thus far he can only beat what has been put in front of him and the defeat of a Breeders’ Cup winner in Outstrip is reasonable enough form to suggest he will be a lot of fun this year, but it is fair to state that his victory in the Craven Stakes at Newmarket on Thursday did lack that visually impressive spark that many would’ve hoped for, particularly with the second-favourite Be Ready running no race at all.

In my personal opinion, and one reiterated by many to make it somewhat unoriginal, Toormore will have to sprout wings to compete with Kingman in the 2,000 Guineas at Newmaket, with the latter providing a display of sublime superiority in the Greenham Stakes at Newbury to readily runaway from a strong field as if they were standing still.

Backed into 2-1 favouritism with some firms after the race, Kingman’s public have spoken in recent days as the 7-4, 6-4 and 11-10 disappeared with a large number of firms now shaking in their boots with Kingman installed as their even money favourite for the first British Classic of the season.

“Without doubt he has the highest cruising sped of any horse I’ve ever trained over this trip,” said Kingman’s trainer John Gosden. “A mile will be his distance, but it wouldn’t be wise to race on fast ground after having the bone chip removed from his ankle [last season]. I hope it’s good ground at Newmarket for the Guineas."

It is fair to state that the hyperbole surrounding Kingman commenced after his impressive maiden victory at Newmarket last season, and despite missing the latter part of last year through injury, the three year old son of Invincible Spirit has returned in a blaze of glory and arguably better than ever.

It seems like only yesterday that John Gosden trained the mare of Kingman, Zenda, to scoot to glory in the French equivilent of the 1,000 Guineas, the Poule d’Essai des Pouliches, in 2002. Albeit that the stunning daughter of Zamindar did not come on from that success, with notable defeats at Keeneland and Arlington Park (Breeders’ Cup) coming at the latter end of her career, her legend now lives on in her son, whom may yet complete the superb season that Zenda had threatened to deliver all those years ago.

Twelve years is a long time in racing, but the legend of Zenda may be about to live on.