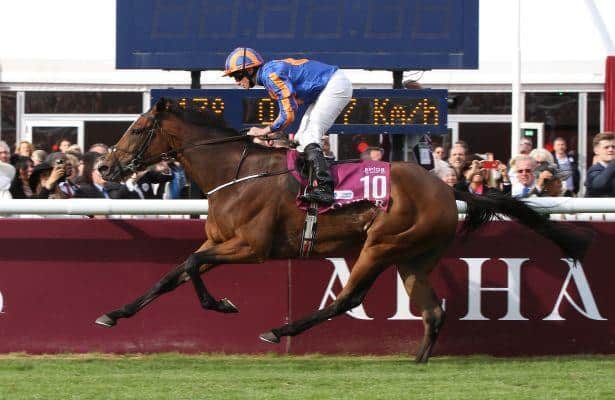 No matter the continent on which it takes place, there is nothing quite like the thrill of watching a female racehorse take on and tackle bigger, often stronger males, prevailing victorious. Aiden O’Brien’s prized filly, Found, accomplished this rare feat more than once in her brilliant career.

Having won the 2015 Breeders’ Cup Turf over Golden Horn, to throw around another name you may recognize, and more recently the G1 Prix de l’Arc de Triomphe, Found took to the turf at Santa Anita in Arcadia on Saturday, in hopes of claiming yet another Breeders’ Cup victory, in what we would come to find out would be her final performance.

Unfortunately for Found, who sat far off the pace as she often-times does, leader Highland Reel was able to shake loose and set pedestrian fractions, which would carry him to a dominant win over the highly accomplished field. With a final surge, the determined filly was able to get up for a valiant third, behind aforementioned Highland Reel and Flintshire, who finished a closing second behind the leader.

Though she did not claim a second Breeders’ Cup victory, the four-year-old Galileo filly leaves behind a legacy worth remembering for years to come. In addition to her victories in the Breeders’ Cup Turf and the Prix De l’Arc de Triomphe, Found’s resume included victories in the Prix Marcel Boussac, the Royal Whip Stakes, and the Moosebridge Stakes.

She now moves on to a life of producing what we can only hope will be future champions much like herself— spirited and strong, with an indomitable, fearless will to win. 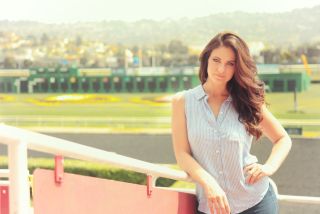 Nicole Schiveley hails from Northern California. At the age of nine, she fell in love with Thoroughbred racing, after reading about legendary Australian racehorse, Phar Lap. Living in close proximity to both Bay Meadows and Golden Gate Fields, she and her father spent many weekends at the track, speaking to handicappers, historians, trainers, owners, and fellow fans of the sport. Nicole raised her first Thoroughbred for racing at the age of eleven, and she attended her first Kentucky Derby in 2000, and her first Belmont Stakes in 2002.

Now, twenty-eight years old, Nicole has an eight-year-old daughter, Peyton, who, like her mother, has also fallen in love with Thoroughbred Racing. Together, they continue to visit different racetracks, following the careers of their favorite horses and trainers.

Nicole possesses a passion for writing about the sport she so loves, painting a vivid picture within the pieces she writes, and she hopes to take her readers along with her, as she navigates through the world of Thoroughbred Horse Racing.