20 Years Ago - Cigar and the Pacific Classic 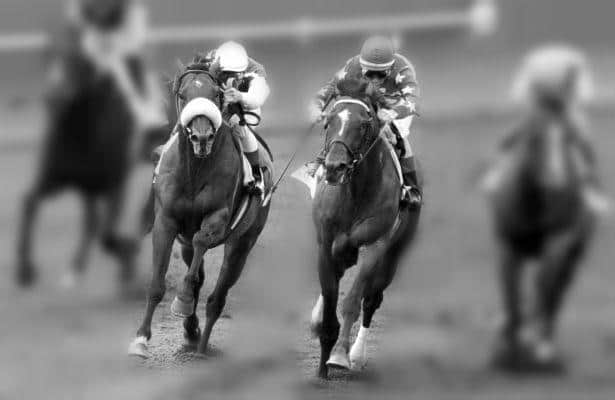 The racing world is abuzz with anticipation for next week’s renewal of Del Mar's signature event, The Grade 1, $1,000,000 TVG Pacific Classic. The expected appearance of the 2014 Horse of the Year, California Chrome, makes this a must see race. When I think of this race, I can’t help but remember 1996, and the great Cigar.

Twenty years ago today, 44,181 fans were at Del Mar hoping to witness the history of Cigar attempting to win an unprecedented 17th straight race in the 1996 Pacific Classic. Cigar, the horse that took the racing world on an unforgettable ride for the better part of two years in the mid 90’s, started his streak of wins on a clear fall day at Aqueduct with an overpowering allowance win. Not much was expected going into that race; after all, Cigar had only won once from eleven previous starts, all on the grass. In his only two dirt starts, which came before those grass races, he finished 7th in his debut, then followed that up with his maiden win.

Going into this allowance race his own trainer, Bill Mott, didn’t even expect him to win saying, “I'm in blue jeans, a windbreaker, I've got a cup of hot chocolate, maybe a hot dog, and I'm looking over someone's shoulder at their program to check the numbers of the horses." Cigar went on to set a blistering pace and then pull away and win by eight lengths and Mott said, "We all just looked at each other," telling his team, "I said, 'Just look at what we had all along'!"

Cigar's ride of a lifetime had just begun, and along the way thousands and thousands of race fans would join the ride. In a string of major wins from coast to coast, Cigar set the racing world on fire. As an older male, Cigar won practically every major race on the dirt that the world had to offer, and his 1995 season is the gold standard in the modern era for older males, winning eight Grade 1 races from coast to coast.

In early 1996, a new race was on the calendar overseas. The inaugural running of the Dubai World Cup came with an unprecedented purse of $4,000,000. Nad Al Sheba Racecourse in Dubai was the venue, and trainer Bill Mott likened the journey to a “trip to the moon”. His owner, Allen Paulson, an aviation magnate, was determined to take this brave step into uncharted waters. Cigar handled it all, and his historic victory under Jerry Bailey placed the Dubai World Cup on the global racing map. The win was his 14th straight win.

Back in the states, and after a break, Cigar returned to win two more races before the Pacific Classic. His 16th straight win, to tie the record held by Citation, came at a packed Arlington Park in front of over 34,000 people who cheered his every step. Cigar was everywhere by now, mainstream media had caught Cigar Fever. CNN, ESPN, you name it, they were all there in Southern California to greet the superstar on his arrival.

Thousands came out to Saratoga to watch Cigar's final workout before he was flown into an airport in Ontario, Calif., and then vanned the remaining 95 miles to the backstretch of Del Mar in suburban San Diego. Accompanying Cigar for that trip from the airport was a police escort, news helicopters flying overhead broadcasting the trip down Route 5 on live television, and people waving at the caravan as it went by on the freeway.

Every major media outlet had crews at Del Mar to cover his arrival and subsequent race. There was media present from around the world. It’s no exaggeration to say that on this day twenty years ago, for two minutes, Cigar had the world’s attention. ESPN broadcast a prime-time 30-minute Cigar special the night before the race. The race was broadcast live on national TV and on over 400 radio outlets in the United States. In short, Cigar's appearance was the biggest day in Del Mar’s history.

The field was only six, but it wasn’t short on quality. It had four other Grade 1 winners in it other than Cigar. This was not a walk in the park. Siphon, a dangerous Richard Mandella trained horse, was quality speed and had to be respected, having won four in a row, which included a last out win in the Hollywood Gold Cup. Two time defending champion Tinners Way was in the field, along with Dramatic Gold, who was second to Cigar at Arlington. Dare and Go, a son of Alydar, was the other Richard Mandella trainee, who was making his third start off of a layoff.

As the field left the gate, Siphon went to the lead as expected, and Jerry Bailey sent Cigar to keep Siphon company, so as to not let him get away with easy fractions. Dramatic Gold also put pressure to Cigar’s outside. These three proceeded to pass the six furlong marker in 1:09.29, a suicidal pace. Meanwhile, Dare and Go was just starting his run from fourth, and by the time Cigar grabbed the lead nearing the turn for home, it was clear that Dare and Go was going to be the horse who ended the historic streak.


Dare and Go, who on his day was a very good horse, went on to win the race by three and a half lengths, Cigar was second, with Siphon another seven back in third. It was simple, the fractions took a toll on Cigar and after the race Mott blamed himself saying, “Being lapped by [Dramatic Gold] on the outside forced the issue, Dramatic Gold made Siphon and Cigar run too fast. That was the deciding factor. Our plan was to make sure Siphon didn’t get away and then take a chance that nobody could catch us late. Now that I look back, this was an error in judgment on my part. We didn’t intend to go the first mile in [1:33 3/5]. But I can’t cast the blame. I was as responsible as anybody for the way the race played out.” The 1996 Pacific Classic produced one of the fastest opening miles of a ten furlong dirt race ever recorded.

Owner Allen Paulson commented afterwards saying, “The race was a real downer for the horse. It was the first time in 17 races he didn't get to pose for pictures afterwards. Later he wouldn't eat, and even though he loves peppermints he wouldn't take one." Jockey Jerry Bailey said, "He knew, he knew. He took the loss personally. He was dejected."

The loss that was tough to swallow for most racing fans, as well. It felt like Cigar carried more than the weight of jockey Jerry Bailey on his back, he carried most of the racing world on his back, which was a weight that proved a little too much to carry in that one race. Cigar was the face of horseracing during that win streak. There had been no Belmont Stakes with a Triple Crown on the line since 1989, and Cigar came along at just the right time. He was an incredible horse that did incredible things on the race track.

One of the special moments in racing history never happened at a racetrack, it happened in heart of Manhattan, and Cigar was in the center of it all. In November of 1996, a few days after his final race, Cigar was given a police escort through Manhattan, and Seventh Avenue was closed to traffic for approximately 20 blocks. Cigar would be honored and paraded at the National Horse Show, which was taking place at Madison Square Garden. Along the way, the equine hero's fans held ''Cigar for President'' posters as they lined Seventh Avenue for this parade. The scene was surreal, as Cigar poked his head out of the custom trailer adorned with the Paulson colors.

We will never see another career or retirement party like we saw with Cigar. He was truly a once in a lifetime horse, and I think I can speak for all racing fans from all parts of the world in saying that he will always be remembered.