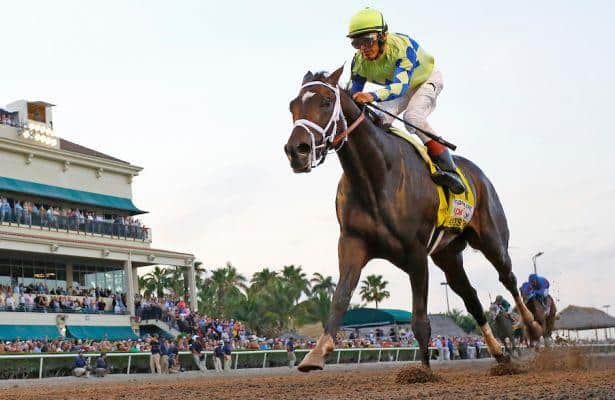 Flexibility. The ability to have an opinion, gather new evidence, and then shift your opinion. It’s critical if you want to make money betting the horses. When it comes to the Kentucky Derby, some bettors have a tendency to remain loyal to an early opinion in the hopes they will look like a genius. I’ve done it. I’ve ignored what my eyes were trying to tell my ego. It’s a recipe for disaster.

That’s why I have no choice but to eliminate Battalion Runner from my Derby wagers. By the time you read this he may have already been removed from the list of probable entrants anyway. Regardless, I won’t be using him. He got outworked by a turf horse on Friday and trainer Todd Pletcher admitted his disappointment.

I’m also cooling off on Patch. Pletcher said he’s a lazy work horse so maybe you can forgive that Tapwrit got the better of him. But he really looked like he was being asked nearing the wire and when you combine that with his relative inexperience, I’m thinking my money might be better spent using others near the top of my tickets. I’ll still use him but not as prominently I don’t think.

Every year, there is a Derby runner who scares the living you-know-what out of me because he’s good and I don’t use him. I almost always guess right by tossing him. This year, that horse for me is Practical Joke. He’s a dual Grade I winner and he’s never run a bad race. That being said, he’s never run a race that made me say “Derby winner” either. So the line in the sand has been drawn as far as I’m concerned, and he’s on the wrong side. If he wins the Derby, I will lose every bet.

Now Hence, on the other hand, I have no trouble dismissing. It’s all super impressive and amazingly awesome that Irap and Conquest Mo Money came out of the Sunland Derby to run so well in their next starts. But I’m still feeling that race featured B Listers.

And the more I think about Irish Way Cry, the more I think about how stupid I’ll feel if he wins. His speed figures, when he is at his best, are the best in the field. But he really ran badly in the Fountain of Youth. Did he bounce off the Holy Bull win? Will be bounce off the Wood win? Can I really look at myself in the mirror if, as a bettor, I key on Always Dreaming AND Irish War Cry? It just seems so gutless. Irish War Cry is definitely causing me more stress than I care to endure. Maybe I should just use him in the 2nd and 3rd spots.

I don’t care about bragging rights. I want money. I want a big score. The last four years have really annoyed me and I am feeling greedy again. 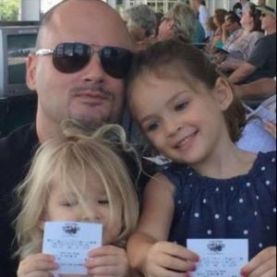