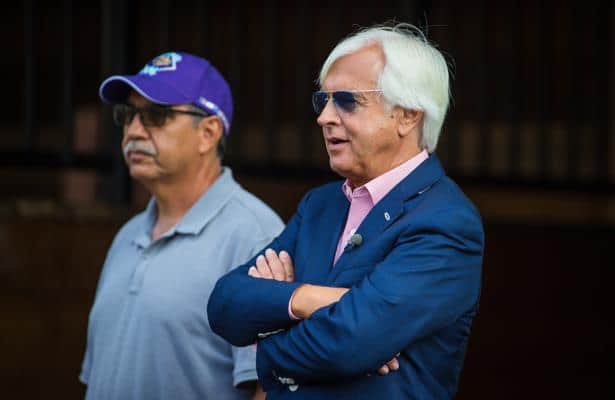 Sent off the even-money favorite with Joel Rosario in the irons, Concert Tour dueled with longshot Sensemaker through an opening quarter-mile 22:18. He spurted clear of that rival entering the turn, reached the quarter pole in 45.26 with a 2 1/2-length advantage and then extended the lead in the stretch before being geared down late to win in a final time of 1:10.40.

Mr. Impossible, a debuting half brother to Grade 1 winner Harvest Moon for trainer Simon Callaghan, finished second by 3 1/2 lengths. It was another eight lengths back to Tarvi and completing the superfecta was Hozier, who failed to threaten as the 9/5 second choice in his debut for Baffert.

Concert Tour is by 2007 Kentucky Derby winner Street Sense out of the Tapit mare Purse Strings.

» Horse: Concert Tour
About the Derby Radar
Back for the 2021 Kentucky Derby trail, Horse Racing Nation's Derby Radar seeks to identify promising maiden, allowance and even stakes winners who could target points-paying preps down the line. We'll cover the buzz horses, of course, then using a systematic approach based on past years' Derby contenders identify other talented colts moving up the ladder.
• 2021 Kentucky Derby contenders