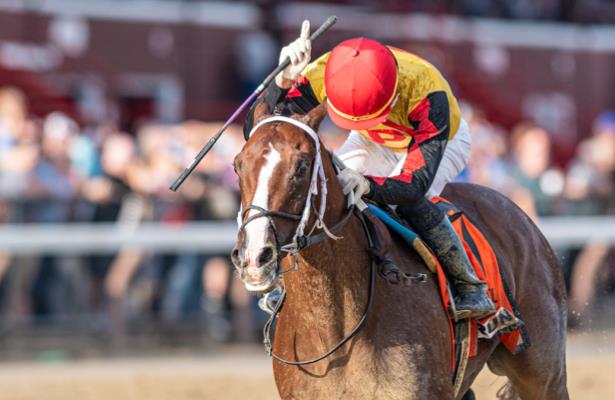 Grade 1 winner Basin will take on an increasingly difficult task upon his return to the races — also a debut along the 2020 Kentucky Derby trail.

The 1 1/16-mile race will send Basin around two turns in his first start since Sept. 2, when he skipped over the slop at Saratoga to win the Hopeful Stakes (G1). That afternoon, Basin led an Asmussen trifecta. He figures to join multiple stablemates, including the recent Southwest Stakes (G3) hero Silver Prospector, in the Rebel.

Graded stakes winners Nadal and Eight Rings are both possible from the Bob Baffert barn, too, along with the second-place finishers out of the local Smarty Jones Stakes (Three Technique) and Southwest (Wells Bayou).

That’s among a handful of others for a Derby prep that split into multiple divisions last season. Would Oaklawn consider it again?

The Rebel carries a $1 million purse, and the skew of Derby qualifying points (50-20-10-5) would pay out proportionate to race’s original value; for instance, a pair of $750,000 divisions merit 3/4 the original points to both races’ top finishers.

The Rebel is Basin’s race of choice over the Gotham Stakes (G3), with that March 7 event attractive given it measures a one-turn mile.

Basin’s belated comeback wasn’t by choice. He was training toward other Grade 1 targets last fall when a hind-leg injury led connections to shut him down for the season.

Basin was scheduled to continue work for the Rebel on Tuesday morning at Fair Grounds, where he has based through the winter with Asmussen.

» Horse: Basin
» Race: Rebel Stakes (2020)
About the Derby Radar
Back for the 2020 Kentucky Derby trail, Horse Racing Nation's Derby Radar seeks to identify promising maiden, allowance and even stakes winners who could target points-paying preps down the line. We'll cover the buzz horses, of course, then using a systematic approach based on past years' Derby contenders identify other talented colts moving up the ladder.
Did we miss one? Email editor Jonathan Lintner (jlintner@horseracingnation.com) if you know of a horse that should be on the radar.
• 2020 Kentucky Derby contenders