Kentucky Derby 2019 Radar: Bloom back in with Tikhvin Flew 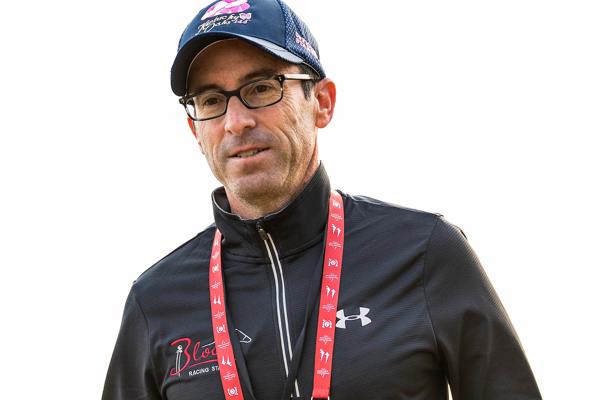 Bloom Racing Stable LLC is eyeing a return to the 2019 Kentucky Derby trail with a colt they’ve had “incredibly high expectations of,” managing director Jeff Bloom said. Tikhvin Flew even exceeded those expectations Jan. 4 when he made his career debut at Aqueduct.

“He was just the consummate professional,” Bloom said. “He’s a big, massive, young horse, but he’s big the right way. Just very agile and athletic. I was there and it was just a lot of fun to see him dominate the way he did. He came out of the race in excellent shape.

“It’s early enough in the season where you can dream and hope that we’ve got another one on the Derby trail.”

Tikhvin Flew, a son of 2007 Derby winner Street Sense, raced seven furlongs over the main track, pressured the pace, then held off challengers in the stretch to win by 1 3/4 lengths. The final time was 1:24.48.

“He really did (put the other horses away easy), and that’s what Manny Franco, who rode him, said,” Bloom said. “He goes, ‘It was basically just a walk in the park for him.’ Obviously, a colt with a bright future and that’s the way it’s been for him in training.

"You never know how those young horses will transfer, what that training is to the races, but he did it in a big way. It’s exciting. It’s just a lot of fun to have him.”

Tikhvin Flew is trained by Hall of Famer Steve Asmussen, who also trained Snapper Sinclair, a Derby prospect for Bloom Racing last year. Although Snapper Sinclair did not make it into the starting gate the first Saturday in May, he showed promise on the Fair Grounds path when third in the Lecomte (G3) and second by a nose in the Risen Star (G2).

Bloom and Asmussen are still deciding what race will come next for Tikhvin Flew, but remaining at Aqueduct for a points prep appears likely. Next on the schedule is the Grade 3, $250,000 Withers Stakes on Feb. 2, followed by the Grade 3, $300,000 Gotham Stakes March 9 and the Grade 2, $750,000 Wood Memorial April 6.

“We think he’s that kind of horse,” Bloom said.

Tikhvin Flew is currently stabled at Belmont Park with Asmussen’s assistant, Toby Sheets. Bloom said the colt was “sitting on go” for about three weeks in New York, waiting for the maiden special weight flight to fill.

The colt is named for a mission trip with Orphan Outreach, which has a base in Tikhvin, Russia, a village about three hours East of St. Petersburg.

“Pretty much everybody came out of that trip with the flu,” Bloom said, “so we just thought we’d make a play on words, with the word ‘flew,’ and name a horse after Tikhvin where the Orphan Outreach program is based. It just seemed like a fun thing to do. As it turned out, it kind of worked out in a fun way.”

» Horse: Tikhvin Flew
» Race: Withers (2019)
About the Derby Radar
Back for the 2020 Kentucky Derby trail, Horse Racing Nation's Derby Radar seeks to identify promising maiden, allowance and even stakes winners who could target points-paying preps down the line. We'll cover the buzz horses, of course, then using a systematic approach based on past years' Derby contenders identify other talented colts moving up the ladder.
Did we miss one? Email editor Jonathan Lintner ([email protected]) if you know of a horse that should be on the radar.
• 2020 Kentucky Derby contenders