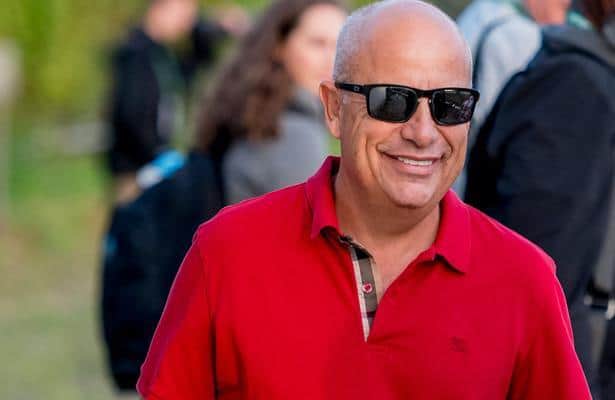 Soup and Sandwich was left to face just two rivals on the card's second race, contested at one mile and 40 yards, following the scratches of stablemate Comedy Town, Godolphin's Fleetridge and Top Gun Tommy for trainer Kelly Breen.

Soup and Sandwich and jockey Antonio Gallardo broke alertly from the inside stall and stalked the pace along the rail while in tight quarters through opening fractions of 24.19 and 49.01 for a half mile. On the turn, Soup and Sandwich spurted through inside of horses to seize the lead and, after completing six furlongs in 1:13.35, he extended the lead through the stretch while ducking out slightly under left-handed urging.

The victory garnered instant attention from oddsmakers in Las Vegas. Circa Sports opened Soup and Sandwich at 85-1 in its Kentucky Derby Futures book.

Soup and Sandwich earned an eye-catching 98 Brisnet Speed Rating in his 7 1/4-length debut win at Gulfstream on Jan. 28. Bred in Florida, the gray or roan colt is by top sire Into Mischief and is the first foal out of Souper Scoop, a twice-winning daughter of Tapit.

A stop on the road to the 2021 Kentucky Derby is likely next for Soup and Sandwich. While the local Tampa Bay Derby (G2) on March 6 could be too quick a turnaround, other potential targets include the March 27 Florida Derby (G1) at Gulfstream or either the Wood Memorial (G2) at Aqueduct or Blue Grass Stakes (G2) at Keeneland a week later.

» Horse: Soup and Sandwich
About the Derby Radar
Back for the 2021 Kentucky Derby trail, Horse Racing Nation's Derby Radar seeks to identify promising maiden, allowance and even stakes winners who could target points-paying preps down the line. We'll cover the buzz horses, of course, then using a systematic approach based on past years' Derby contenders identify other talented colts moving up the ladder.
• 2021 Kentucky Derby contenders