15 horses to know on the 2019 Kentucky Derby radar 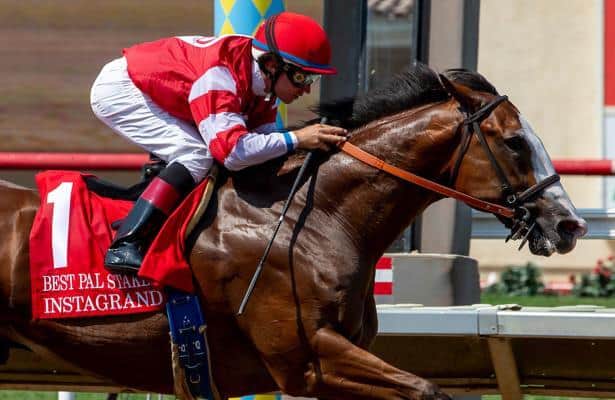 Meets known for producing top 2-year-olds at Del Mar, Saratoga and Ellis Park all wrapped up Monday, with the next stop for many of those horses the 2019 Kentucky Derby trail.

So we considered this an opportunity to launch a new Horse Racing Nation feature, the Derby Radar, which aims to identify maiden, allowance and stakes winners you can expect to see in points-paying preps for the May 4, 2019, race at Churchill Downs.

In the coming days, we’ll detail when and where eventual Derby starters tend to emerge, plus trends since the 2013 renewal as Churchill instituted the points system to fill the starting gate, replacing graded stakes earnings.

Call Paul (Friesan Fire — Jason Servis — Michael Dubb, David Simon, Bethlehem Stables, Bruce Irom): Servis made it to the Derby this year with Florida-bred Firenze Fire. Perhaps this one, foaled in Pennsylvania, can bring him back. Call Paul defeated Hopeful (G1) winner Mind Control on debut before taking the Saratoga Special (G2). He appears a top candidate for the Champagne.

Complexity (Maclean’s Music — Chad Brown — Klaravich Stables Inc.): This 4 1/4-length debut winner on the Hopeful undercard looked ready to compete at that level first out. The $375,000 purchase looks like the best of Brown’s 2-year-old dirt runners thus far and shows a nice, consistent work pattern dating back to June 21. We could see him in the Champagne, too.

Endorsed (Medaglia d’Oro — Kiaran McLaughlin — Godolphin): The connections are all there, and this homebred delivered first out with a neck win on Aug. 18 at Saratoga despite coming away slow at the break. His 89 Beyer Speed Figure for the victory ranks sixth so far among all 2-year-olds. Certainly, he has the breeding to be comfortable going longer than six furlongs.

Game Winner (Candy Ride — Bob Baffert — Gary and Mary West): Wheeled back from an Aug. 18 maiden win, he took control of the Del Mar Futurity (G1) in the final strides after a nice stalking trip. Game Winner sports a nice pedigree with grand dam Fleet Indian a winner at 1 1/4 miles. He leads Baffert’s loaded cast of juveniles and is bound for the American Pharoah next.

Gunmetal Gray (Exchange Rate — Jerry Hollendorfer — Hollendorfer LLC, West Point Thoroughbreds): He bounced back from a fifth-place finish going six furlongs on debut to win by a commanding 6 3/4 lengths at a mile on Aug. 22. He too is expected to run next in the American Pharoah, continuing the summer theme of Hollendorfer vs. Baffert.

His response after being asked if he had any reservations going a mile at Del Mar with only one start under his belt. Gunmetal Gray 2-Year-old Winner #TongueOutThursday pic.twitter.com/95sCzcWp6Z

Instagrand (Into Mischief — Jerry Hollendorfer — OXO Equine LLC): So far the best in this division, the $1.2 million purchase will likely go as the American Pharoah favorite, as he’s 2-for-2 with wins by a combined 20 1/4 lengths, including a dominating score in Del Mar’s Best Pal (G2). Connections passed on Monday’s Del Mar Futurity to ensure a fresher horse in the long term.

Magic on Tap (Tapit — Bob Baffert — Summer Wind Equine): In his debut going 6 1/2 furlongs on Saturday, it took some urging by jockey Drayden Van Dyke to get him past runner-up Gray Magician. But it was well back to third, indicating the winner put in a strong performance. He’s out of a Street Sense mare who did her best running in sprints. We’ll see.

Mind Control (Stay Thirsty — Greggory Sacco — Red Oak Stable, Madaket Stables): The front-running Hopeful winner debuted at Delaware Park and broke his maiden at Monmouth. So that’s not necessarily a proven path to the Derby, but Sacco said, “I don't think the distance will give him limitations.” He gives off the vibe of an early developer who may lose ground as the calendar turns.

Mucho (Blame — Bill Mott — Claiborne Farm, Adele Dilschneider): The beaten Hopeful favorite didn’t live up to the hype of his romping maiden win, but at the same time didn’t extinguish expectations by running a closing second. More distance should help, and he runs for a barn that knows what it’s doing. We’ll see him again. 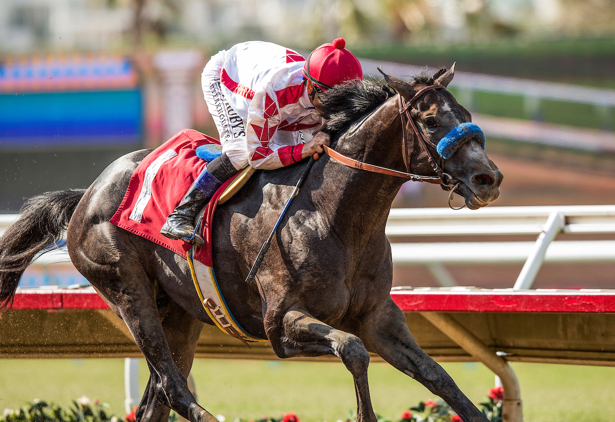 Roadster (Quality Road — Bob Baffert — Speedway Stable LLC): Much better was expected of him than a third in the Del Mar Futurity, but seeing Game Winner pass by in the stretch illustrated a size difference between the winner and Roadster. Perhaps there’s room to grow. With the top 3 separated by just two lengths Monday, each should move forward.

Rowayton (Into Mischief — Jerry Hollendorfer — OXO Equine LLC): If only he switched leads, we may be talking about this one as a Grade 1 winner. It wasn’t until deep stretch of the Del Mar Futurity that what was a six-length lead fully evaporated, yet he held on gamely for the place. This one will play second fiddle to Instagrand but offers upside.

Sombeyay (Into Mischief — Todd Pletcher — Starlight Racing): A list like this would have seemed incomplete without at least one Pletcher runner. And it was somewhat of a stretch to include any amid a slow summer for the barn. This one made it to the races in April and won the Sanford Stakes (G3) on July 21 at Saratoga. He was a respectable fourth in Monday’s Hopeful, 3 1/2 lengths back.

Tobacco Road (Quality Road — Steve Asmussen — L and N Racing LLC) — Connections to 2016 Derby runner-up Lookin At Lee have another Ellis Park Juvenile winner in their care. Look for him to follow in the Iroquois after going three-wide leaving the turn, urged to the lead and then set down under a hand ride to win by 3/4 of a length last out. His speed figures are low, but they’re progressive.

Tale of the Union (Union Rags — Bob Baffert — Michael Lund Petersen): The owner of Mor Spirit has another promising runner in his colors with this $925,000 purchase an eight-length maiden winner on Aug. 26 at Del Mar. It remains to be seen whether Baffert will split Game Winner up from the rest, but this one’s a candidate to hit the trail next and has the breeding to go longer.

Plus one...Code of Honor (Noble Mission — Shug McGaughey — W.S. Farish): His reserve wasn't met at auction, and that could be good news for connections. The colt debuted Aug. 18 at Saratoga with a solid 1 1/2-length score and registered an 86 Beyer, 17th-best so far from the crop. On the trail next?

» Horse: Roadster
» Horse: Mucho
About the Derby Radar
Back for the 2021 Kentucky Derby trail, Horse Racing Nation's Derby Radar seeks to identify promising maiden, allowance and even stakes winners who could target points-paying preps down the line. We'll cover the buzz horses, of course, then using a systematic approach based on past years' Derby contenders identify other talented colts moving up the ladder.
• 2021 Kentucky Derby contenders