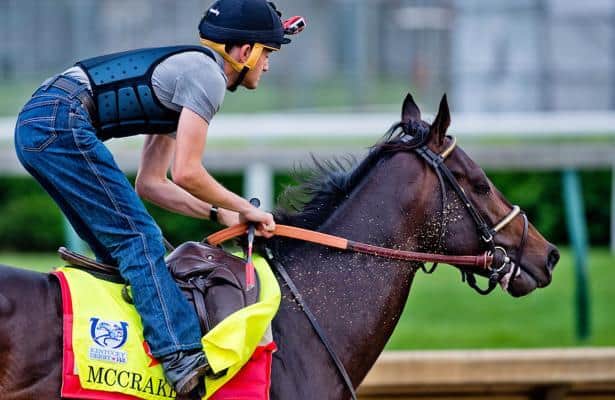 The breeze was his first recorded work since finishing third as the 7-5 favorite in the Grade 3 Cornhusker Handicap on July 6 at Prairie Meadows.

"I wanted a very good work. He went 12 and three and clicked off 12s [12-second furlongs] all the way around," said Wilkes. "He needed that type of work. I didn't get what I wanted last race and the work before was slower than I wanted, so I needed more."

Wilkes said he saw enough out of the homebred colt on Thursday to give serious consideration to running in the 1 1/8-mile Whitney, a Breeders' Cup "Win and You're In" qualifier for the Classic this fall.

"It's a strong possibility; that's what I'm pointing him for," he said.

The multiple stakes winner finished seventh in last year's Travers, his only other appearance at the Spa. This year, McCraken returned in May with a half-length win in an optional claiming contest on the Kentucky Derby undercard at Churchill Downs. He followed up in the Grade 1 Metropolitan Handicap on June 9 at Belmont Park, where he traveled wide and was impeded late to finish sixth.

McCraken will have a walk day Friday, said Wilkes, and will work once more before the Whitney.