Winning the Remsen Stakes a negative? Not for Avery Island 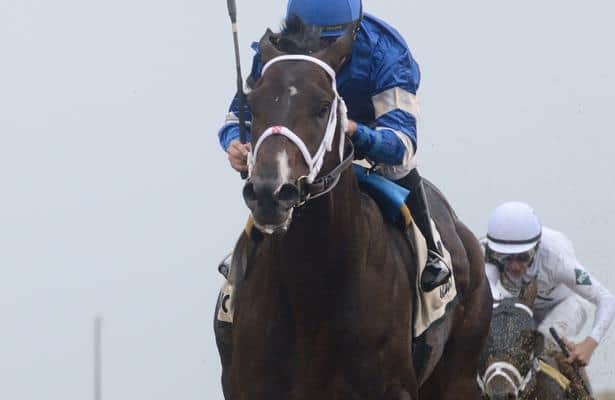 It’s been a long time since we’ve seen a Kentucky Derby winner come from Aqueduct’s Remsen Stakes, as it’s been more than two decades since Thunder Gulch captured the track's premier juvenile contest before taking the Run for the Roses the following season.

Fast-forward to present day, when promising Kiaran McLaughin runner Avery Island looks to continue his streak of dominance with a win in Saturday's Grade 2 test. A win in this spot would mark the son of Street Sense’s third victory in a row, and his second in graded stakes company. It would also solidify him as a leading contender in next year’s Kentucky Derby.

However, with runners from the Remsen in the midst of such a long dry spell in their follow-up efforts, the question must be asked: Should the race's winner be entrusted as a legitimate Derby prospect? If it's Avery Island, I think yes.

Doubters point out that the last time McLaughlin took this route. That was back in 2015, when he ran the undefeated Mohaymen in this race, which capped an undefeated season for the son of Tapit. Unfortunately, after winning the first two races of his sophomore season with authority, Mohaymen lost the Florida Derby and never visited the winner's circle again. He peaked too soon, same as a number of runners on what has proven to be anything but a key race on the Kentucky Derby trail.

However, Avery Island looks a different type than Mohaymen, who was bred to be precocious and best at shorter to middle distances. He was also a small, lightly built horse.

In contrast, Avery Island looks to be of good size, with a lot of leg. He also has a long, ground-eating stride, with a pedigree to suggest that he will only get better with distance and maturity.

When breaking his maiden, Avery Island defeated High North and Biblical. Both horses were next-out winners, with the former finishing a very respectable, closing fourth in the Grade 2 Kentucky Jockey Club Stakes. Biblical, in his subsequent maiden victory, impressed his connections so much that they, like the connections of High North, are sending him straight to stakes company by pitting him against Avery Island again in this weekend’s Remsen.

After that seemingly pivotal maiden score, Avery Island returned in the Nashua Stake, where he wired the field, coming home nearly five lengths the best.

Avery Island will have to prove that he can handle the likes of Biblical again, along with a few new faces. Should he do that impressively, there is no reason to hold the history of the Remsen against him. After all, we’ve seen plenty of race resurgences in the last few years to suggest that no race is beyond reproach when it comes to producing a Kentucky Derby winner.

Before I’ll Have Another, you had to reach all the way back to Sunday Silence before you could find a Santa Anita Derby winner that was able to capture the Kentucky Derby.

Truth is, you can never really count out any horse, especially if all you are using is the recent production of a particular prep race. As recent history has proven, dry spells are meant to snap, and first times are not exactly uncommon.

Avery Island is just the latest in the line of promising youngsters who could prove to be quite formidable with another win this weekend. He seemingly has all the tools, with a good mind, tactical speed, wins over some good company, and a pedigree to suggest that he will get better with distance and maturity. Should he win the Remsen in impressive fashion, there is no reason to believe he has less of shot than Good Magic or Bolt d’Oro simply because he ran in the Remsen.