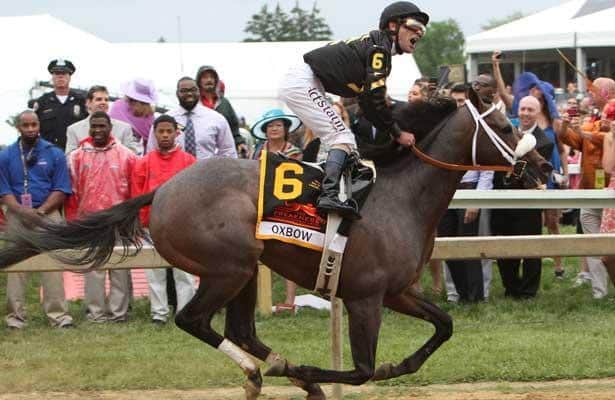 Photo: Sue Kawczynski/Eclipse Sportswire
The second jewel of the Triple Crown is upon us as the Preakness is just a week away! I’m anxious to see if California Chrome can win act two to set up a Belmont Stakes showdown for all the marbles! This week I will talk about the possible Preakness entries this year and my Preakness experience from last year. Also, I will begin a discussion on casino gambling versus playing the ponies.
Let’s go!
PREAKNESS PROBABLES
Right now there looks to be ten hopefuls for the 139th Preakness Stakes being run next Saturday. Here’s a brief breakdown of the field: 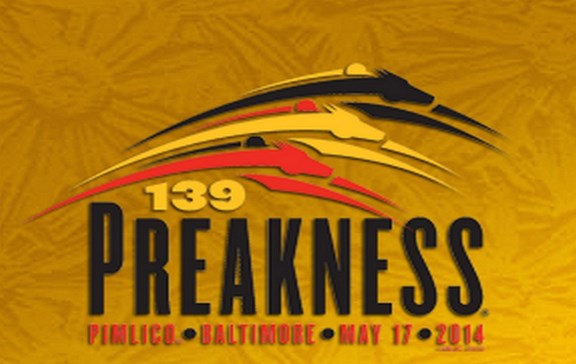 Derby Participants:
California Chrome: Well it’s obvious that this Kentucky Derby winner will go for the second jewel of the Triple Crown. Like in the Derby, I expect a battle for the early lead as many of these horses have that kind of running style. Then again, the suicidal pace duel I expected in the Derby just didn’t happen. Regardless, according to Matt Shifman’s analysis, on or near the lead is where you want to be in Baltimore and I expect C-Chrome to be there. C-Chrome really outclasses this field and should win easy.

Ride On Curlin: This horse really hasn’t had the best of luck. He was bumped early in the Arkansas Derby and had a wide post and found traffic in the Kentucky Derby, yet still finished 7th. Still this horse does fight hard to the end in all of his races and I’m wondering if the Belmont would have been a better spot for him. Regardless he will be rolling late and should get a piece of the board. Also, Joel Rosario is likely to pick up the mount.
General A Rod: Here’s another horse which got caught in a lot of traffic in the Kentucky Derby and ultimately finished 11th. With only ten expected entries, there will be a little more room for General A Rod to run. Still, as this horse was a wildcard pick for me in the Derby, I am not sure of his chances here in the Preakness. With Joel Rosario likely to get the mount on Ride On Curlin, JJ Castellano is likely to pick up the mount here.
Fun fact: Derby winners have finished off the board in the Preakness only nine times since 1977. Three runners did not race at all in that timeframe!
New Entries:

Rachel wins the Preakness below!

LAST YEAR’S PREAKNESS EXPERIENCE
True Story.
Last Year’s Preakness was truly an interesting experience for me. With the media pass and my unstoppable desire to provide “exclusive” Horse Racing Nation coverage, in the time before the race I decided to take the red bridge across the dirt over to the turf course where they saddle the horses for the Preakness. 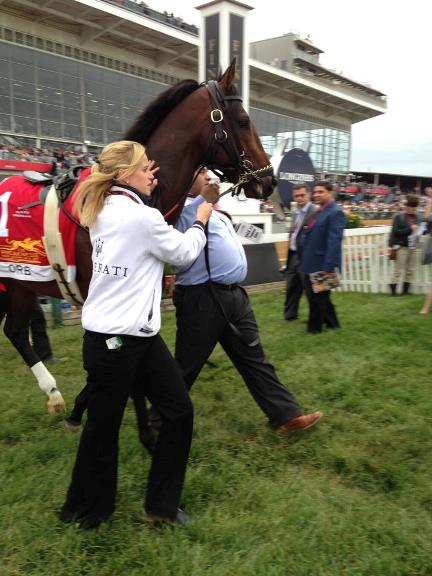 I took some amazing pictures of Kentucky Derby winner Orb, Preakness riding jockeys, and even some celebrities! 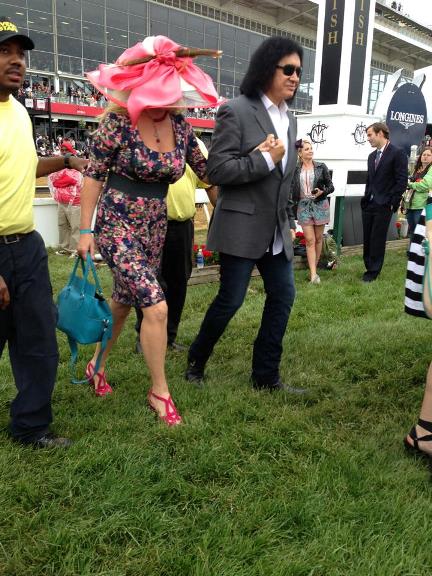 I looked on as the jockeys were taking their mounts. I even spoke to NBC’s Michelle Beadle for a moment! Everything was going well and I knew I had to get back to the “right” side of the track in order to be in the correct area for the race. Only there was one problem. The grounds crew had taken the red bridge away.
I was stuck on the wrong side.
Then as they lower the rail, a producer-lady from NBC looks me dead in the eye and says, “DON’T MOVE.” I thought to myself, “Okay, I guess I’m watching the Preakness from right next to the finish pole…oh and hey there’s Torrey Smith of the NFL’s Ravens!”
Now I thought how cool it would be to watch the Preakness from the finish pole…however I found that it’s actually not a good spot to watch the race. 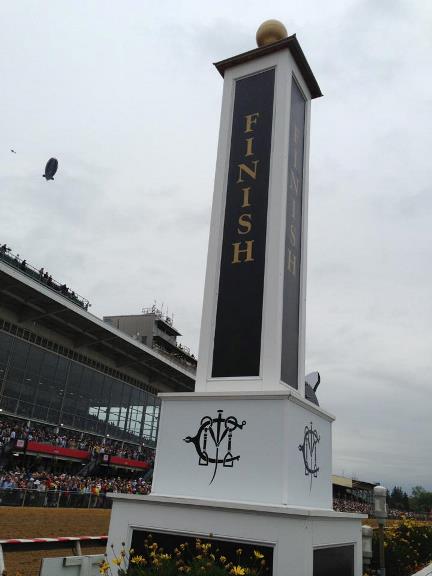 In a flash, the horses all zipped by the first time and I thought I saw Oxbow in the lead.

Then I turn to watch the video board so that I could actually see the race. Knowing they were coming down the stretch again, I positioned myself to capture the video of the horses coming by for the finish. Whoosh. There they were and then it was over. I had no idea who won (until I looked at the video board)!

Still, if you find a wide angle shot of the Preakness finish, I’m just to the right of the “scream guy” holding my iPhone with my elbow on the rail. Not bad for being in the wrong place at the right time! 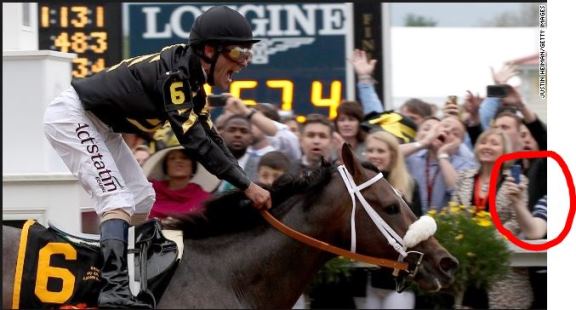 START OF A DISCUSSION – CASINOS
I’m just going to toss one out there as this has been on my mind for a while.
Frankly, I don’t understand the appeal of gambling in casinos. Seriously, the games are designed for you to lose! No wonder states and race tracks want people to play at the casinos. They generate revenue from them. Why? Because they take your money!
I guess this is why wagering on horse racing appeals to me so much. Here are some other reasons:
I asked a couple of friends for their take. I will keep their identities a secret for now.
“While racetracks can't compete at the same level, most still charge patrons to park, enter, buy the info required to formulate a wagering opinion, eat, drink etc. Combine all of that with a higher rake than craps, back jack, roulette etc, why would I come to a racetrack? Even worse, racetracks continue to alienate EXISTING customers by raising takeout levels. Tracks need to come to the very basic core realization that people aren't going to PAY for the "privilege" to park, enter and sit to make a wager every 30 minutes. Until they can figure out a simple truth that stares them in the face and do everything possible to ATTRACT new business, the slide will continue.”
“To me, its "short-term investing" versus "games of luck / chance" AND playing the horses you are playing against other horseplayers based on the odds whereas the casino odds never change AND are always in favor of the house (casino).”
I will touch on this more later, but what are your initial thoughts? 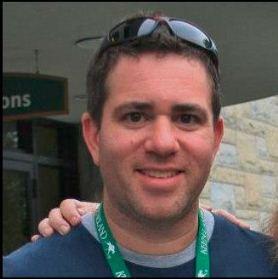