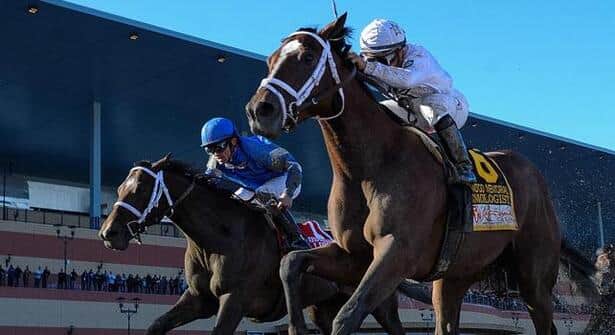 Time to buckle down and tighten the screws as Derby day is approaching fast! As you whittle away all the pretenders from consideration, let’s look at some trends over the last 25 Derbies (1987-2011) to help narrow the focus on who may be draped in roses on the first Saturday in May.

• The Louisiana Derby has a short history as a final prep for the Derby, but has a good track record.  Grindstone (1996) and Funny Cide (2003) both ran in the Bayou, but made their final preps in the Arkansas Derby and Wood Memorial Stakes respectively.

• 5 of the last 10 winners won their final prep before the Derby.

• The Blue Grass Stakes boasts the most winners (6) since 1987, but only 1 (Street Sense in 2007) since they installed Polytrack. Not what Dullahan, Hansen or Prospective was wanting to hear.

• Only 1 horse has finished 3rd in his final prep before winning the roses. Does this hurt the chances of Union Rags? Probably not considering it was Unbridled’s 3rd place finish in the 1990 Blue Grass, which led to Derby glory and victory in the Breeders’ Cup Classic later that fall.

• Sorry Trinniberg, but no winner has prepped in a race less than 1 1/16 miles.

• Only 2 winners have come from the Florida Derby in the last 25 years (Barbaro-2006 and Big Brown-2008), and both found the winner’s circle in Hallendale before heading to Louisville. Put another checkmark in against column for Union Rags & El Padrino.

• Though not part of their final preps, I would be foolish not mention that no horse since 1882 (Apollo) has won the Kentucky Derby without 2-year-old experience. Bye Bye Bodemeister.

After looking at the final preps of the Derby runners it seems wise to focus on (in no particular order) Mark Valeski, I’ll Have Another, Creative Cause, Gemologist, Alpha and Take Charge Indy. That being said, I’m still on the Union Rags bandwagon & think El Padrino is a win contender as well. Let the paralysis by analysis begin!

Please be sure to follow me on Twitter-@Cappercorner and/or friend me on facebook.com to continue the horse racing conversation!